I had a marvelous time visiting my oldest daughter, Meredith. This was the first time I was able to visit her new place, since she moved right after our Thanksgiving visit. They have a tiny but lovely apartment, on the fourth floor of a renovated brownstone in Brooklyn. I took the train up Saturday, and left today. We did the perfect blend of walking, sightseeing, eating, and just hanging out knitting. We watched the final episode of Downton Abbey, season three, which was less than satisfying. It felt very disjointed to me. We enjoyed the new Kevin Spacey/Robin Wright series, House of Cards, much better. I didn't get to see all of it, but heaven knows we tried. It was definitely a gripping story, and I think both actors are great. I finished a baby hat, using the Blue Sky Petites and the Empress pattern. I need to block it, but it looks pretty good. 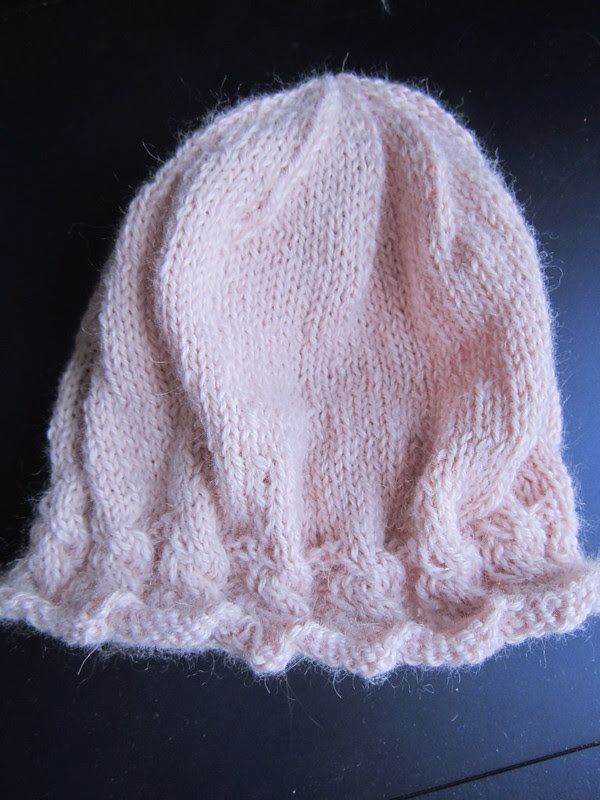 I started a pair of boot socks for Meredith, using the old workhorse yarn, Cascade 220, in a grey that she picked out. She doesn't love sock knitting, and I never give her as many hand knits as she gives me, so I agreed. I'm using the Sweetheart Stocking pattern, but I'm only putting one pair of hearts at the top because I hate knit 4tog. And she will only wear them with boots anyway, so she didn't care either way.

I was lucky enough to get a tour of etsy, which is where Ryan works. It looks like an awesome place to work. 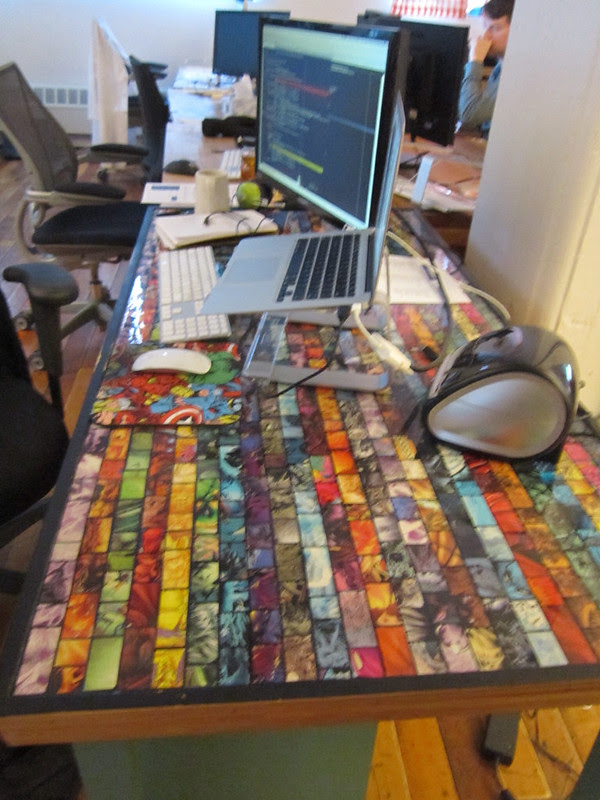 Oh, by the way, that is yarn covered duct work. 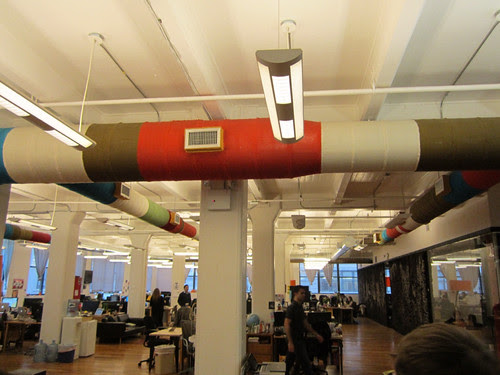 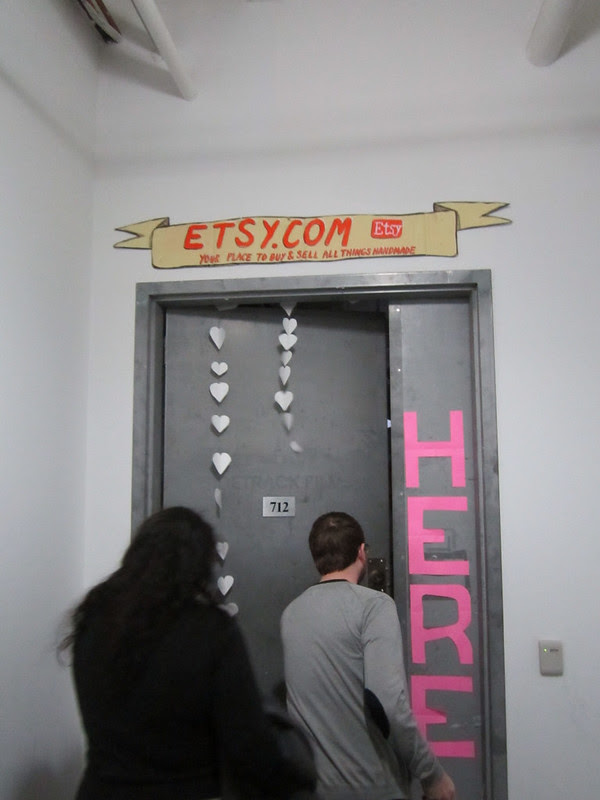 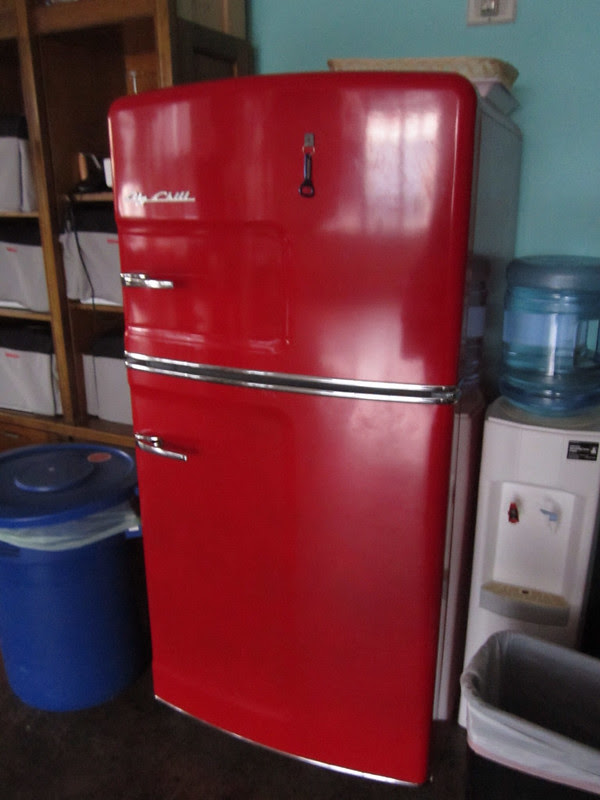 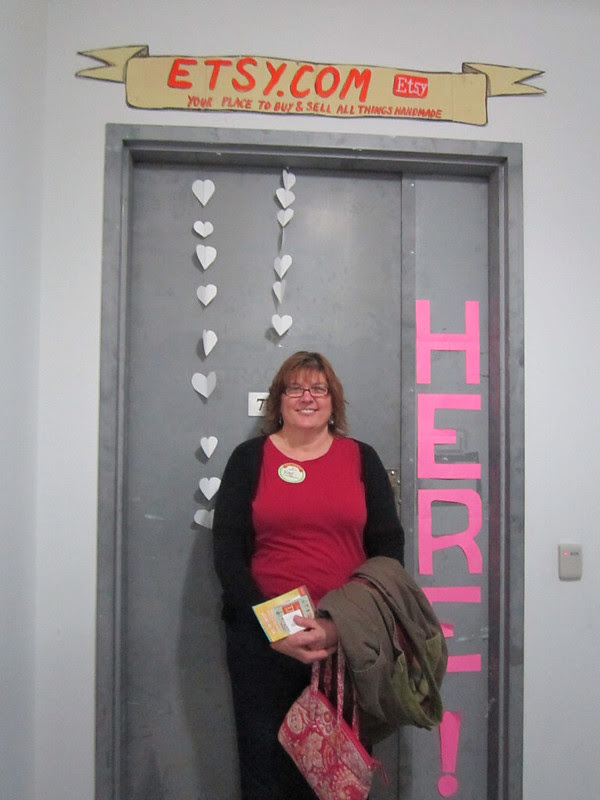 We also walked over the Brooklyn Bridge, despite a light rain, as etsy is located right at the foot of it, in the DUMBO section of Brooklyn. 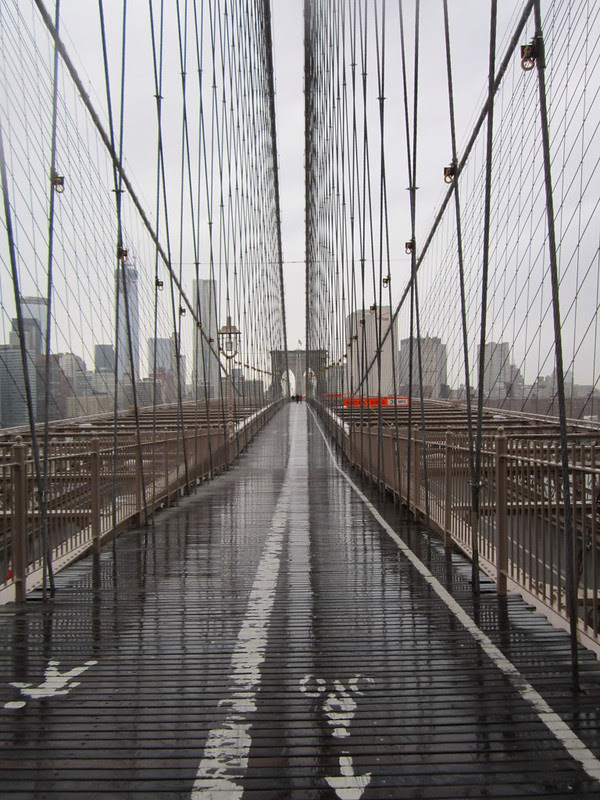 I also made a visit to the World Trade Center 9/11 Memorial, which was even more moving than I had expected it to be. I have had mixed feelings about going ever since it opened, but I felt that I needed to, and although the sudden tears took me by surprise, I'm glad I did it. 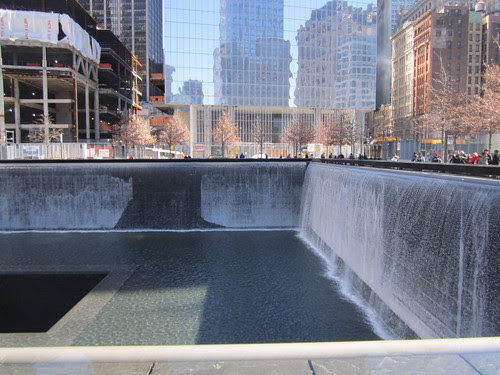 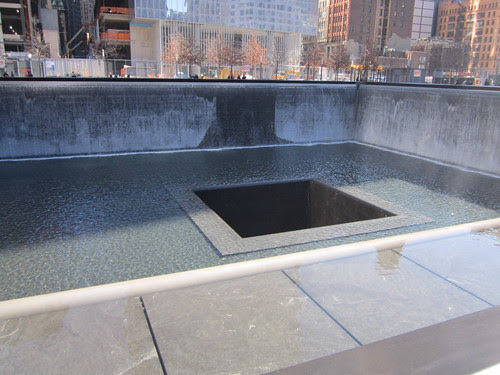 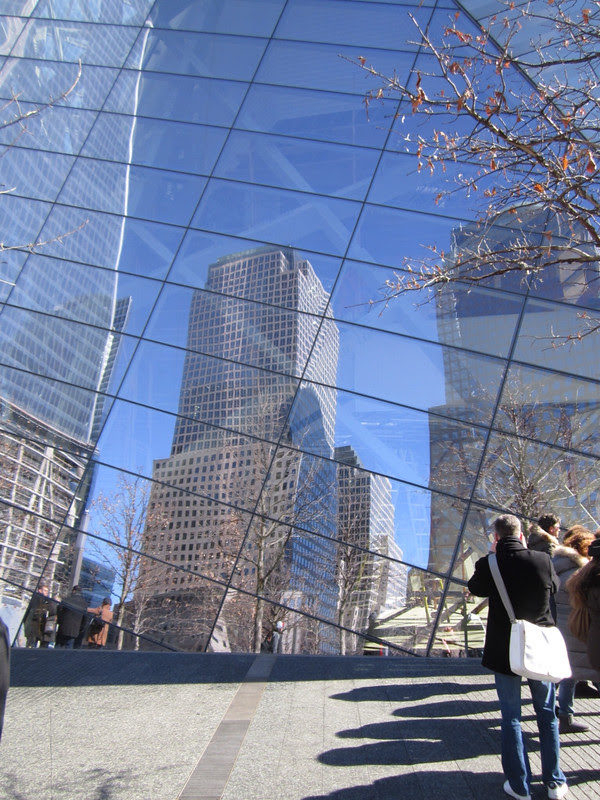 As for yarn stores, we restrained ourselves to Brooklyn General and Purl Soho, both of which were every bit as nice as they always are. About the only other place we went, other than eating out, was Greenlight Books, which Steve had discovered on line. I'm glad we went, as it was quite nice. 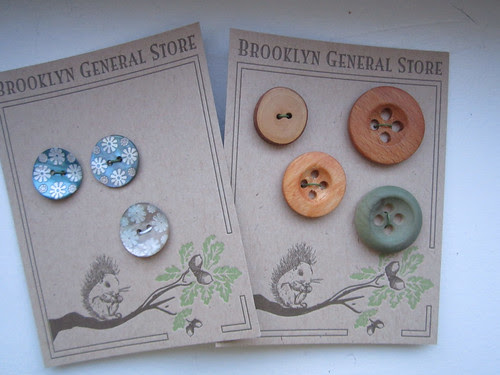 A sweet knit your own squirrel kit. 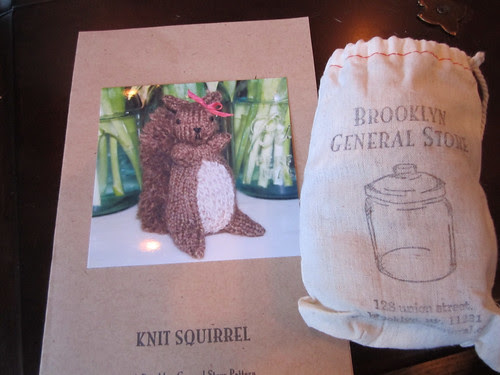 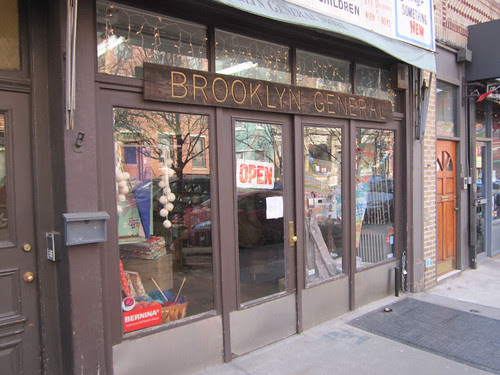 The interior of Purl. 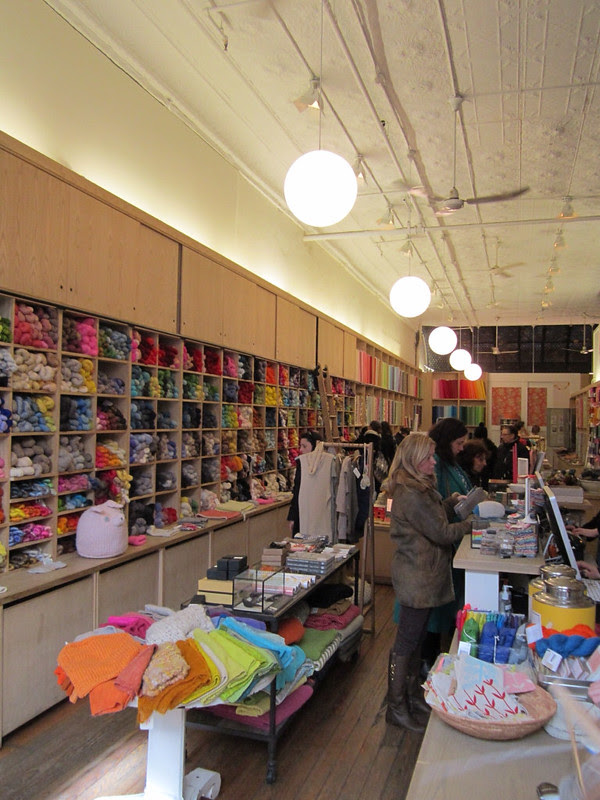 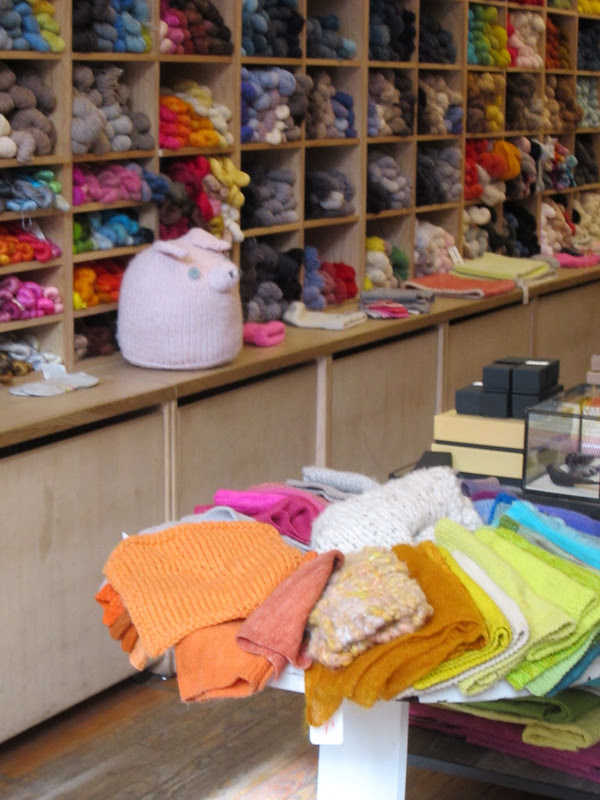 An array of amazing color. 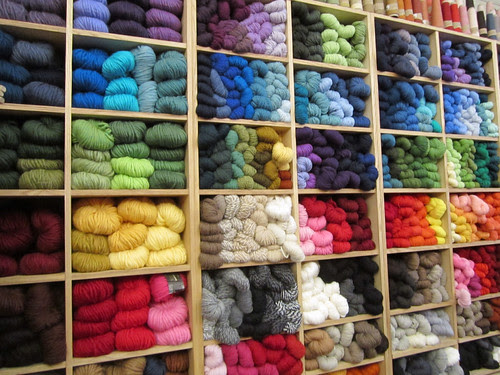 Oh, and a photo op of my Zuzu's Petals shawl, in an Mexican restaurant rest room. (Although it is an odd place to take a photo, it was a beautiful bathroom.) 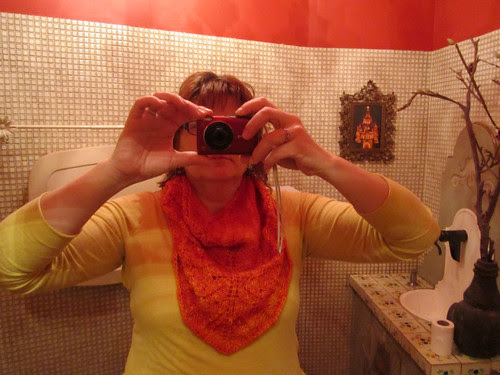 I'm on the train now, listening to a woman talking on her cell phone. Prior to that, she was snoring rather loudly, but I think I preferred the snoring, as her conversation is mainly a litany of complaints about the relatives she just visited. Don't you wonder about the way people choose to live?

I'm ready for a nap. Hope I don't snore too!

Posted with Blogsy
Posted by Rose at 3:54 PM