I made it to spring break! It's such a wonderful feeling, knowing I have nine days ahead of me to do whatever I want! I kicked it off by doing some yard work as soon as I got home. I think this is the earliest I've ever started, so I hope that means I'll have more time to do some of the cool ideas I've been pinning on Pinterest all winter.

I finally finished and blocked the wrap I started three years ago: Shades of Truth, a pattern by Laura Ayler, using Madelinetosh and Dragonfly. I would have finished it on my Rhinebeck trip but the border color had so much breakage due to moth damage that I lost heart and put it in the freezer for a month or two. I took it with me to the yarn retreat so I could try again, and this time I was successful. I do love the colors I chose, but I'm not sure how often I'll actually use it. 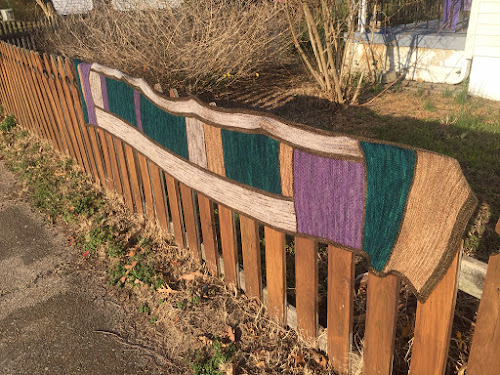 I made a pair of handwarmers using some colorful chunky yarn I won at the retreat. Actually, one of my friends won it but she didn't want it so she gave it to me. They were too small for me, so I gifted them to another lady who knits with our group on Thursday nights. 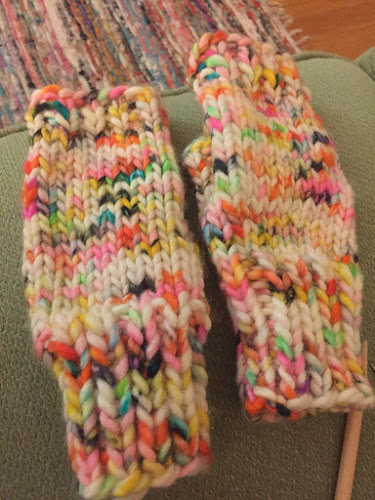 And speaking of our knitting group, our LYS held its annual pajama party last weekend, so our matching pjs made yet another public appearance. Needless to say, we won the prize for cutest pjs! My stepdaughter took this "action" photo of us. And yes, that is wine in our little plastic cups. 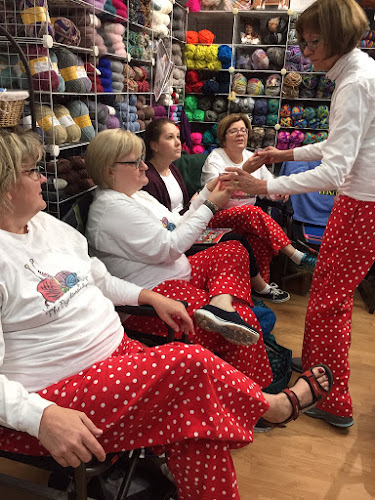 Last Saturday was an eventful one, as it started out early thanks to Gravie peeing in the bed right beside me! Not the best way to wake up. I took her to the vet to see if she had a URI, but after a few tests and a $400 vet bill, it turns out she was just acting out. Possibly due to stress. 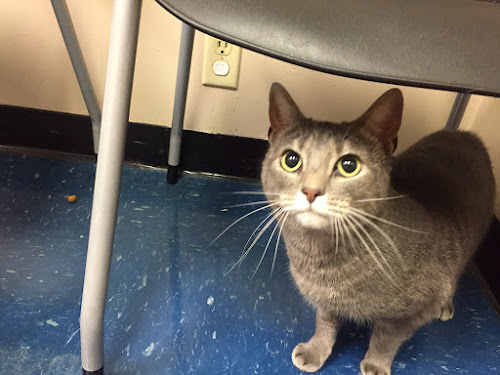 She looks adorable here, but I'm hoping she doesn't repeat the behavior. I'm relieved she isn't sick but I really have no idea what prompted the incident. I'm hoping the memory of going to the vet and being locked out of the bedroom for a day made enough of an impression on her to deter any more inappropriate peeing.

I'll probably post a few times during my vacation, depending on what projects I end up doing. But let me just say, I hope I never repeat a week like I just had. The full moon coinciding with the week before spring break made it quite challenging to say the least. I'm hoping nine days will be enough.

Posted with Blogsy
Posted by Rose at 11:54 PM 6 comments:

Our knitting guild held its fourth annual retreat last weekend and my friends and I went for the second year in a row. We are not novices anymore as you can tell by this picture. 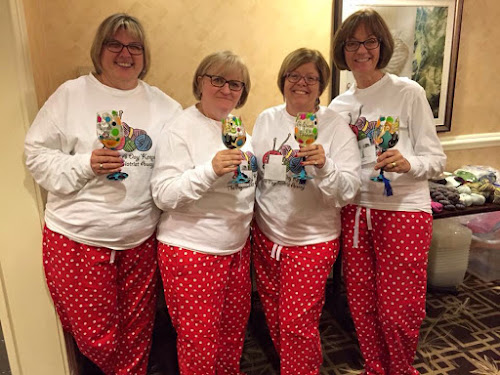 There was knitting bingo, fabulous door prizes, and lots of laughter. 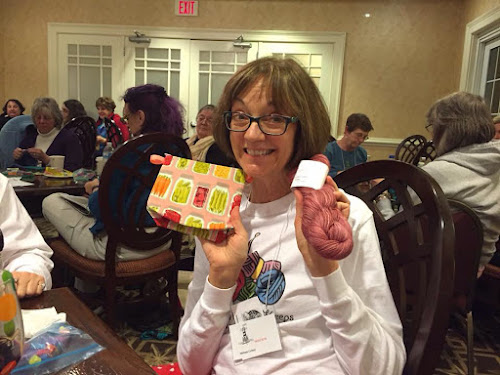 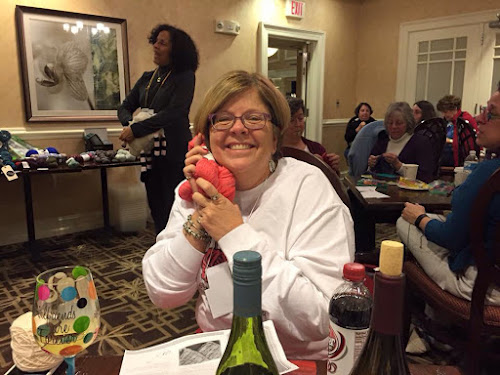 And the weather on the Outer Banks was gorgeous. 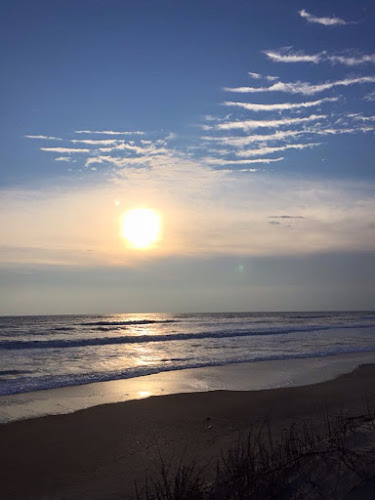 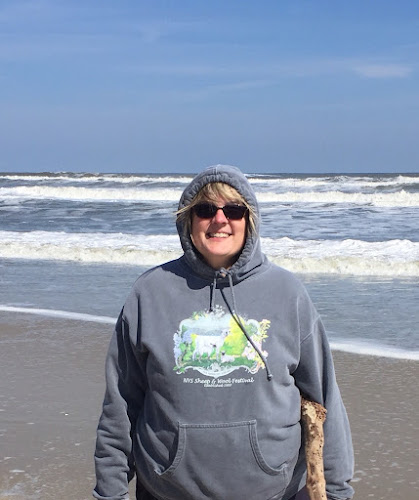 I came back relaxed and rested and ready for spring break. Only 12 more school days to go, but who's counting?

Posted with Blogsy
Posted by Rose at 7:08 AM 6 comments: